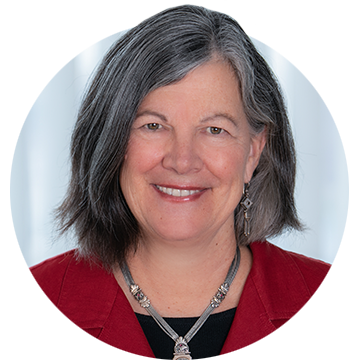 With her expertise in scientific research and organizational management in the healthcare arena, and her active participation in national and international scientific affairs, Dr. Beckerle provides a perspective crucial to a global healthcare company.

Dr. Beckerle, age 64, has served as CEO of Huntsman Cancer Institute at the University of Utah since 2006. She is the associate vice president for cancer affairs and a distinguished professor of biology and oncological sciences at the University of Utah. Dr. Beckerle joined the faculty of the University of Utah in 1986 and currently holds the Jon M. Huntsman Presidential Endowed Chair. Dr. Beckerle has served on the National Institute of Health (NIH) Advisory Committee to the Director, on the Board of Directors of the American Association for Cancer Research, as president of the American Society for Cell Biology, and as the Chair of the American Cancer Society Council for Extramural Grants. She currently serves on a number of scientific advisory boards, including the Medical Advisory Board of the Howard Hughes Medical Institute, and the Scientific Advisory Boards of the National Center for Biological Sciences at the Tata Institute of Fundamental Research in India, the Mechanobiology Institute in Singapore, and the Dana Farber/Harvard Cancer Center. Dr. Beckerle held a Guggenheim Fellowship at the Curie Institute in Paris, received the Utah Governor's Medal for Science and Technology in 2001, the Sword of Hope Award from the American Cancer Society in 2004 and is an elected Fellow of the American Academy of Arts and Sciences and the American Philosophical Society. Dr. Beckerle was also named a National Association of Corporate Directors (NACD) Governance Fellow in 2012. In 2018, Dr. Beckerle received the Alfred G. Knudson Award in Cancer Genetics from the National Cancer Institute (NCI).

Other Public Company Board Service: Huntsman Corporation (since 2011)